A PLACE FOR YOU

Saint Katharine Drexel Parish pledges to be a Eucharist-centered, welcoming community, forming loving disciples, giving selflessly, in realization of the Kingdom of God. 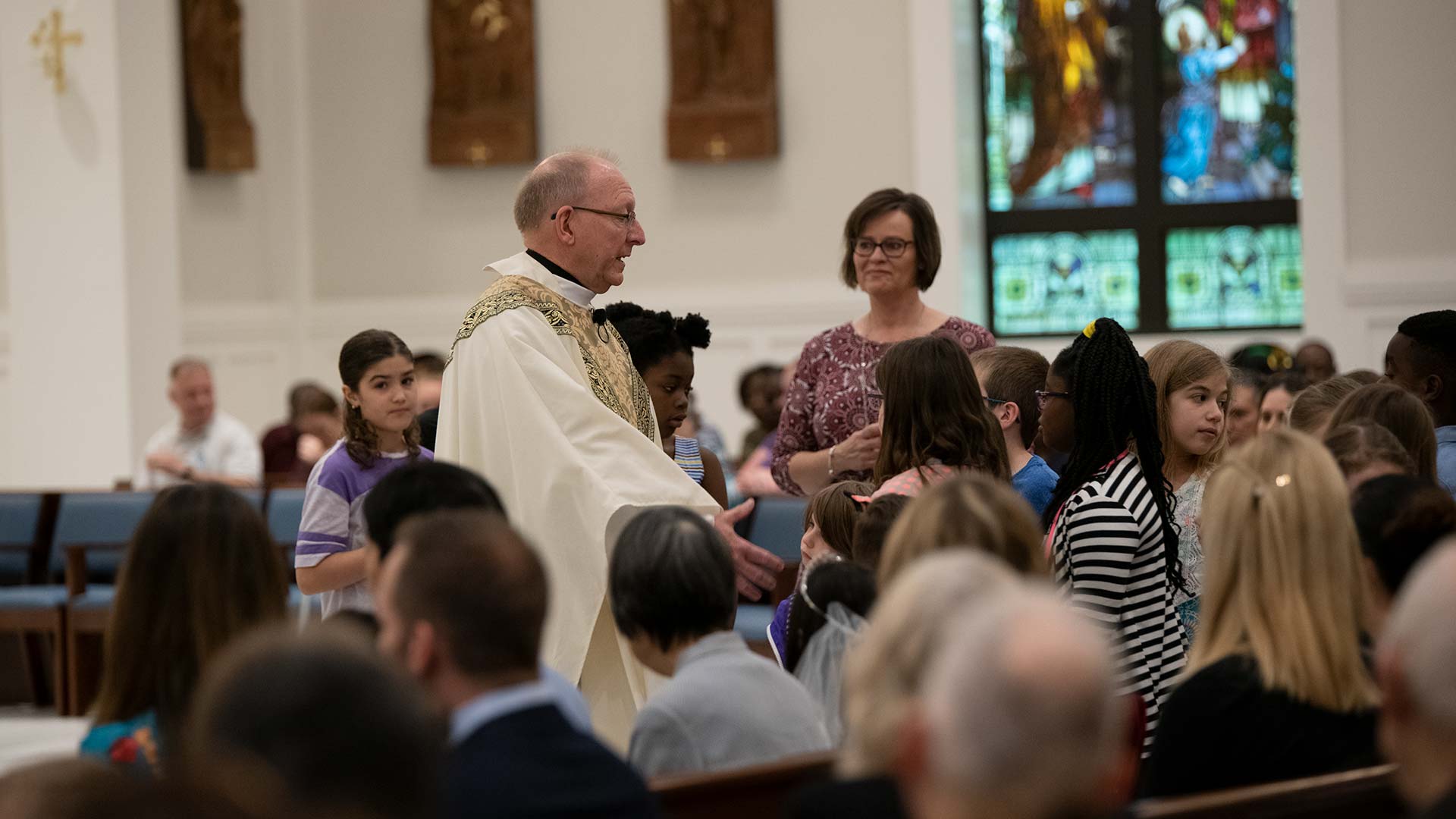 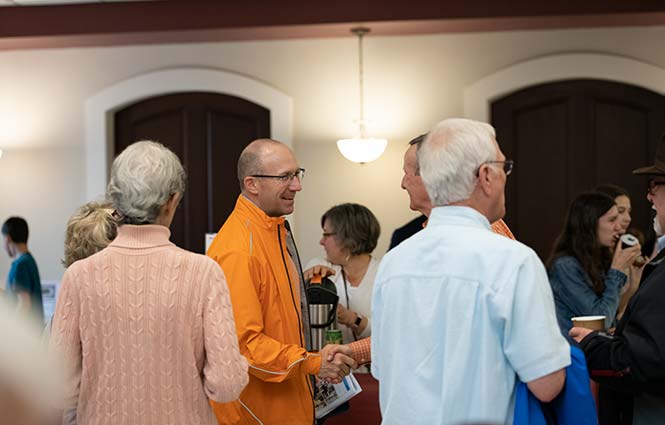 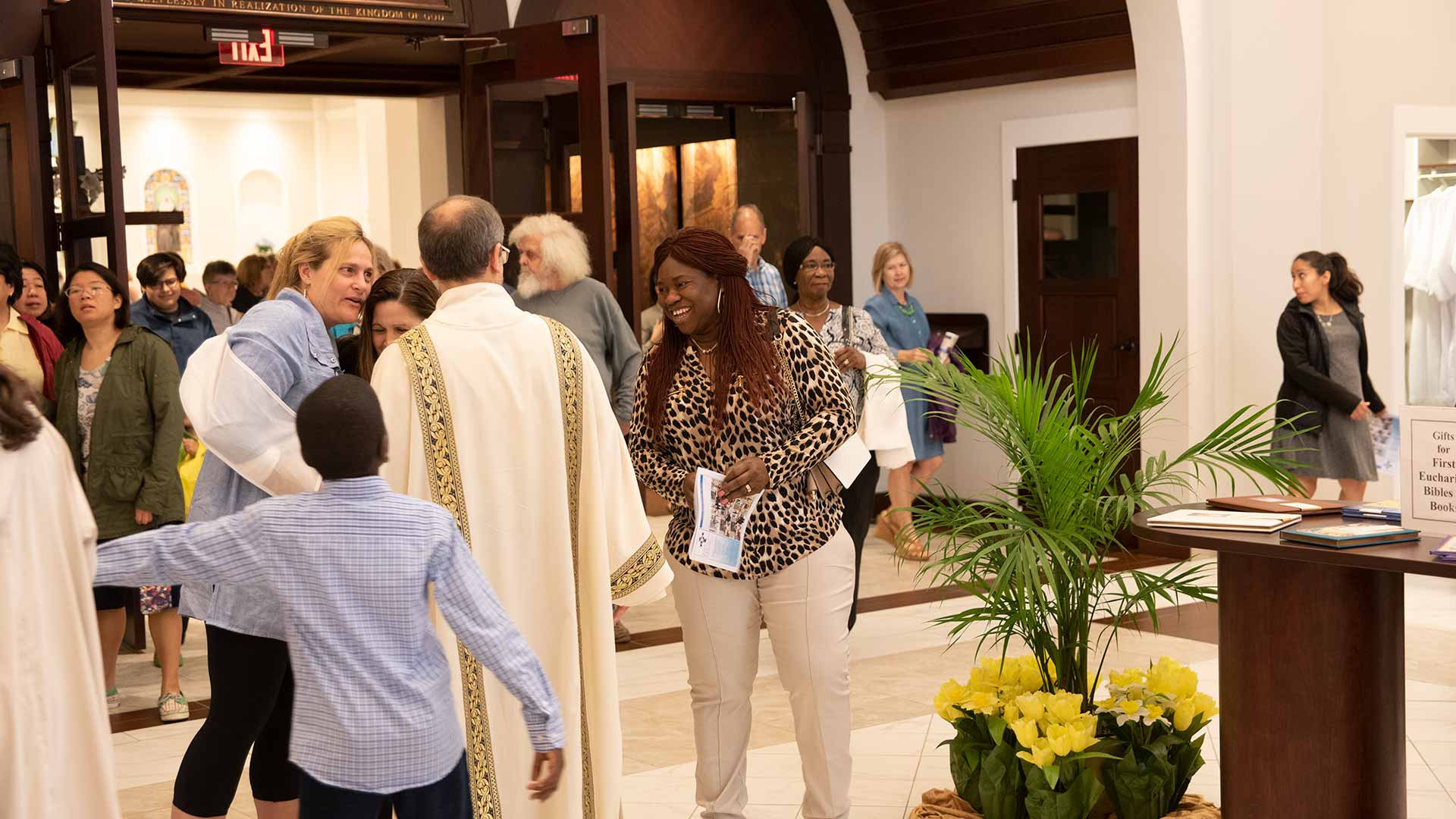 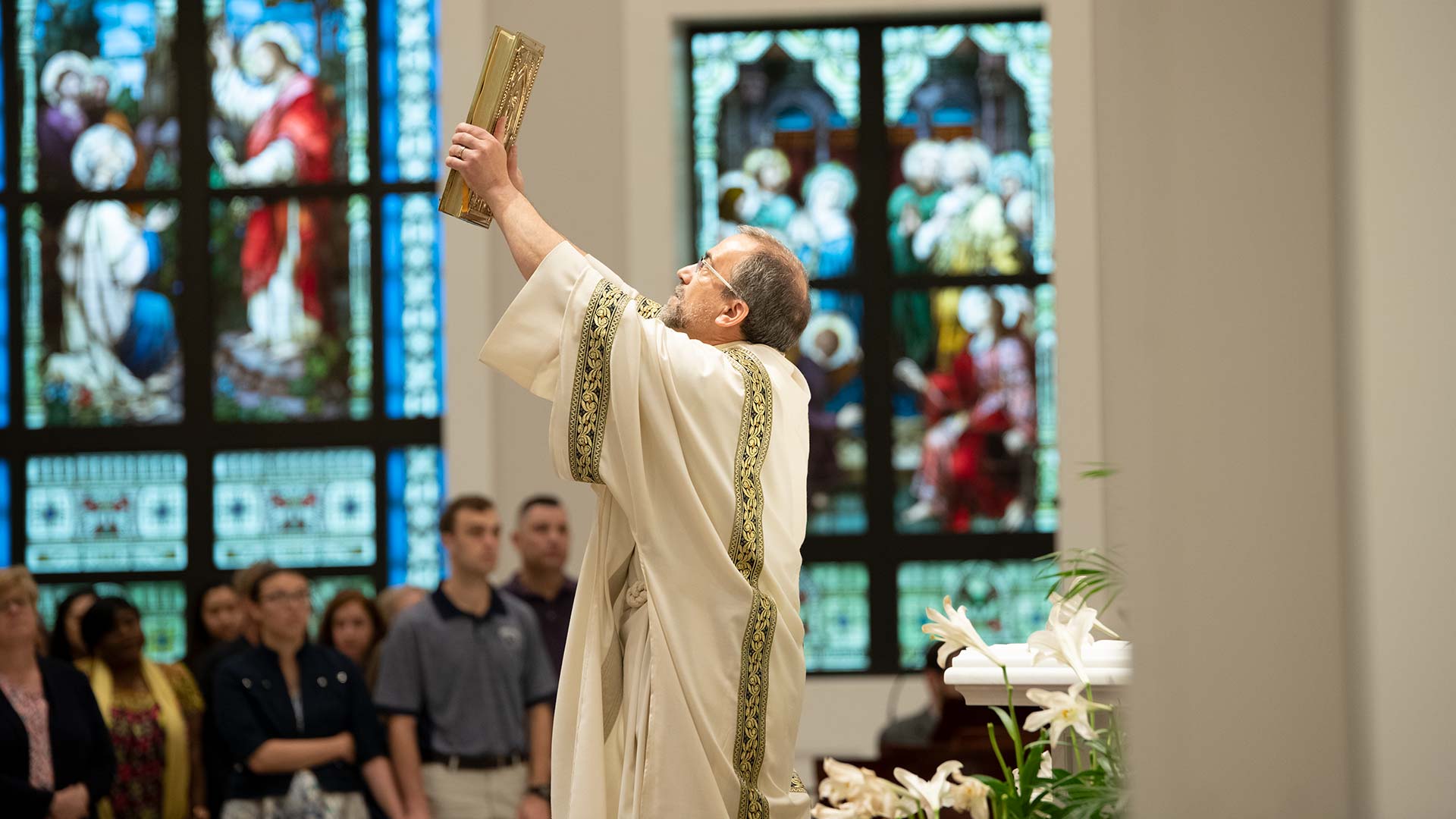 Saint Katharine Drexel Church began in 2000 as a dependent mission of Saint John the Evangelist, located in downtown Frederick. Meeting in the Kussmaul Theater at Frederick Community College, our parish achieved independent mission status in July 2003. In the fall of 2005, we started holding Masses and other functions, and moved into offices, at the new Saint John Regional Catholic School, just up the road on Opossumtown Pike. Saint Katharine Drexel Church achieved full parish recognition from the Archdiocese of Baltimore in the spring of 2008, and that fall embarked on its first Capital Campaign to construct a worship space on the property at 8428 Opossumtown Pike. A second Capital Campaign was undertaken in 2013. Groundbreaking for the new church took place in May 2015. Construction was completed and the church was dedicated on 11 November 2016.
Over the decade-plus since its beginning, Saint Katharine Drexel Church has grown from a few hundred church attendees in a theater to a vibrant and growing parish with more than 1,100 registered families. We are serving the many and varied pastoral needs of this faith community while also reaching out in service to the greater Frederick community and beyond all in support of our mission to be a Eucharist-centered, welcoming community, forming loving disciples, giving selflessly in the realization of the Kingdom of God.

We believe that being a welcoming community does not stop once you have become a member. Part of our mission as a community is to have fun! We read in scripture over and over, “Rejoice!” and ours is a faith which is filled with joy. Our social activities committee organizes social events within our community throughout the year.

Once a month we hold a “Prospective Member Orientation” in Drexel Place for individuals and families that may be interested in joining the parish. We call it “prospective” member orientation because we want you to have the opportunity to meet our staff and to hear about the ministries and the programs we offer to help you decide if this is the spiritual home for you. We also like to hear from you about your expectations for a parish community, and about the gifts that you bring with you.

If you are interested in joining the parish, or just hearing more about our community, please fill out the online form below or pick up a paper copy in the parish office. We look forward to seeing you! 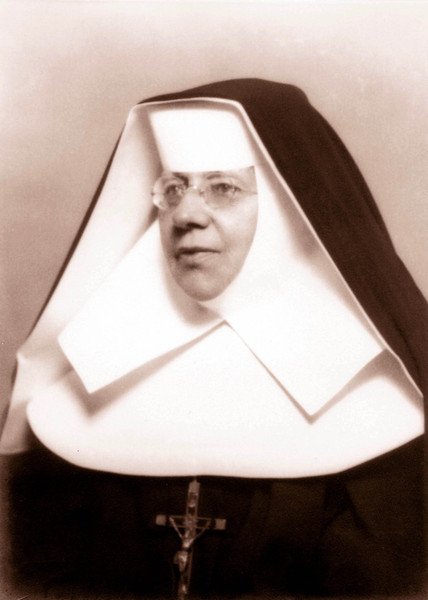 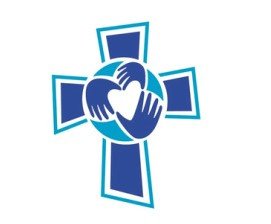 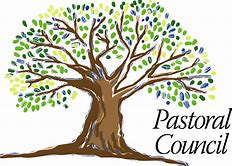 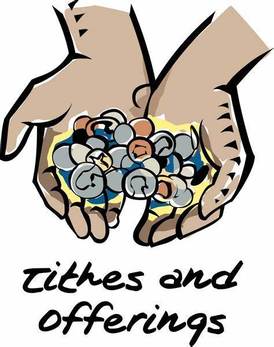 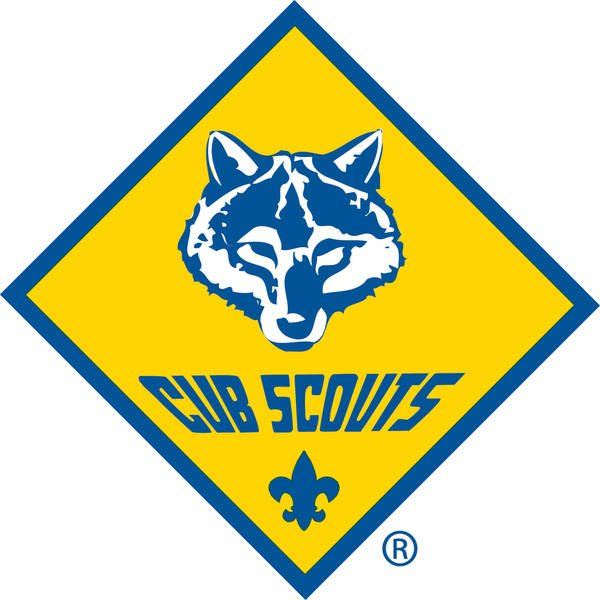 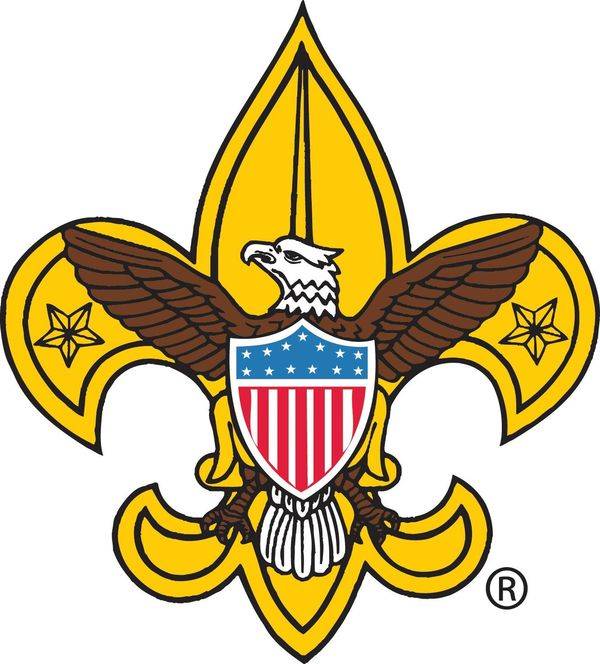 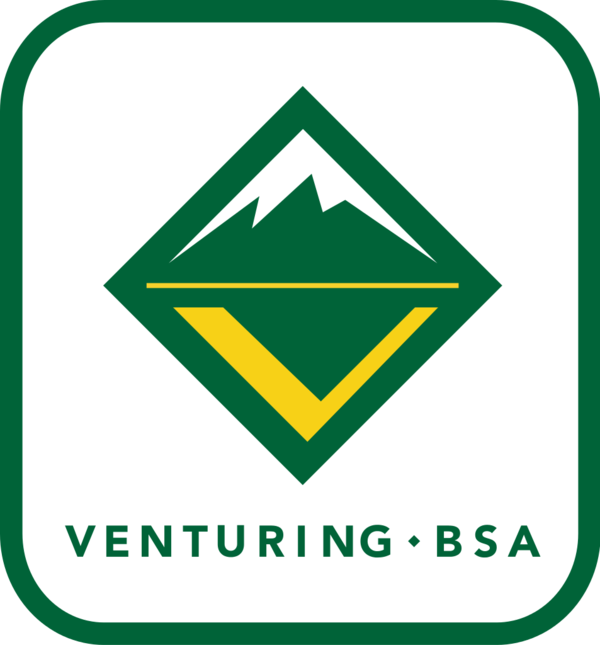 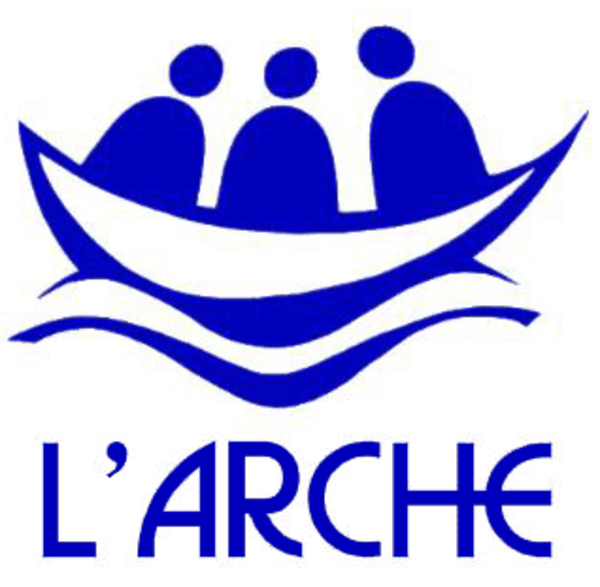